AI Trainer: a job of the future

Those who work in customer interaction often see automation and artificial intelligence as a scary prospect.

Their concern is that turning crucial support and sales roles over to virtual agents will leave them out of a job, letting their skills go to waste. But what if there was another option? One that upskilled them into positions that not only played to the strengths of their existing knowledge, but also prepared them for the digital job market of the future.

Held at the DNB offices in Oslo, Norway on 4 October 2018, the world’s first Artificial Intelligence (AI) Trainer convention shed light on a role that will transform customer interactions forever. In a day-long session of presentations hosted by boost.ai, more than 90 attendees - all AI Trainers - gathered to exchange knowledge and meet like minded professionals in what Jan Thomas Lerstein, Head of Emerging Technologies at DNB, called “Maybe the most important role in the future of customer service” in his opening statement.

He’s not wrong. In the two-and-a-half years since boost.ai invented the AI Trainer role to support its ground-breaking conversational artificial intelligence, the attendees now count themselves among an 800+ strong cadre of certified AI Trainers that stretches outside of Scandinavia to other parts of Europe as far afield as Latvia and Estonia, with that number growing every day.

So, what does an AI Trainer actually do? Put simply, they are the linchpin that ensures that the underlying systems of a virtual agent can understand how to accurately translate customer queries and requests into actionable outcomes. They are the ones working tirelessly behind-the-scenes to anticipate customer intent so that every interaction with a virtual agent - in everything from banking or telecoms to the public sector - is as smooth and positive an experience as possible.

Henry Vaage Iversen, Co-Founder and Chief Product Officer at boost.ai, underscored the importance of the AI Trainer’s role by saying: “I think that the AI Trainer job is going to be really important going forward, what we see more and more is the virtual agent becoming the core of a company’s customer service strategy.” In the past, virtual agents have often been a complementary option alongside email and phone support, but they are now taking a leading role and it’s thanks, in no small part, to the humans that are responsible for training them.

The team at boost.ai take the feedback from their partners and AI Trainers very seriously and this forum was the perfect opportunity to witness some of the effects of that insight firsthand. During the event, the company demoed the latest version of its ‘Admin Panel’ (the primary interface that AI Trainers use to train, maintain and update their respective virtual agents), showing off a complete redesign with a cleaner, easier-to-navigate interface and support for over 20 languages. Changes all brought about from suggestions made by the AI Trainers themselves.

The response to the new version - codenamed ‘Aurora’ - was overwhelmingly positive. “The overall flow of the actions in the intent hierarchy [is] going to be a lot better,” noted Katharina Ingolfsen, an AI Trainer at the Student Welfare Organisation Sammen in Bergen, on how the changes would significantly improve her job. She added that: “As an AI Trainer I’ve learnt a lot more about the digital world in relation to customer service and how fast that’s changing”.

A key part of an AI Trainer’s role is to keep up-to-date on best practices and how to most effectively teach a virtual agent. Rummaging through user manuals is not optimal, and boost.ai unveiled their new AI Trainer knowledge base, integrated into the Admin Panel and complemented by a suite of new video tutorials.

The ability to access a wealth of information in an instant is an invaluable tool for an AI Trainer. “It’s always good to know that you have the content next to you in the Admin Panel and that you can trust that this is the best place to get the answer” said Elar Tammeraja, a certified AI Trainer and Co-Founder at Wize AI in Estonia, in a sentiment that was echoed by many of his peers on the day.

In evidence that the AI Trainer position is constantly evolving, boost.ai also announced the addition of an ‘Advanced AI Trainer’ course, offering the opportunity for existing trainers to further develop their extensive and ultra rare skill sets.

The landscape of jobs in customer interaction is undergoing a profound transformation thanks to advancements in artificial intelligence and, for the first time, there is genuine excitement that human employees will be able to coexist alongside their digital colleagues, both without fear of being made redundant, but also with the potential for incredible growth.

“I think it’s a job of the future and a very important one” adds Tammeraja, when asked why AI Trainers will play a pivotal role going forward. “It’s clear that machines will become part of everyone’s life and we, as AI Trainers, need to make sure the machines are doing the correct things.”

As Iversen so eloquently put it when addressing a room of AI Trainers eager to hear how his company is working to enhance their roles further: “Technology is important but you’ll always need the human dimension to deliver conversational AI with measurable business value,” and it’s precisely this cornerstone of artificial intelligence that will bring it to its ultimate potential. 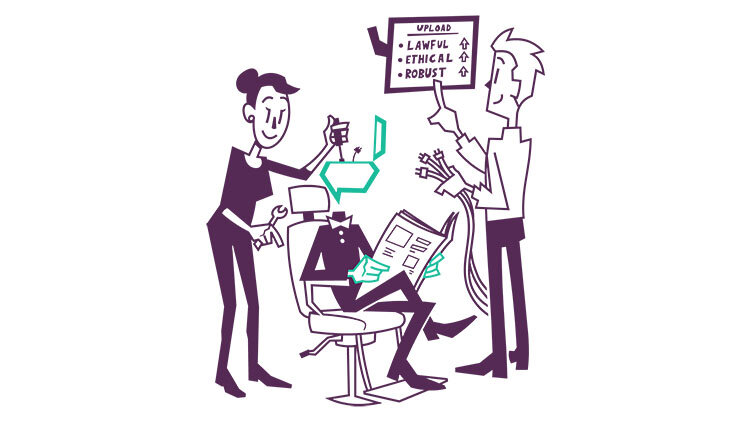 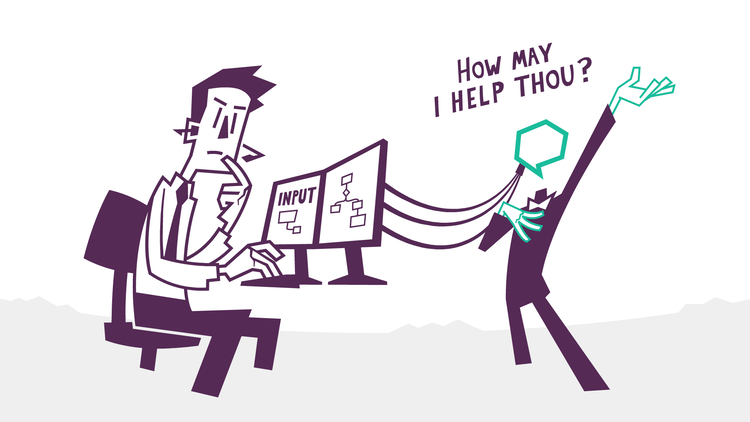